“time is color” by cédric hanriot

Press:
–“[…] Time is Color is a delight of an album, a welcomed success” –Francis Marmande, Le Monde (F)

Concept:
The title of the album was intended to provoke thought – to get people thinking what exactly “Time is Color” means. With this album, I wanted to share my own perception of time to me that meant time is closely related to color. Time can be seen as an objective thing. It is something we all know – we have clocks and calendars – but there’s also a subjective side, because every human being perceives time differently, depending on certain situations and moments in life. We can perceive a moment as long or short, for instance, whereas “objective” time is not so abstract. That thought really got me to try to write tunes that would translate these thoughts and feelings into music.

The result: a powerful jazz/hip hop/urban sound. Between acoustic instruments (piano, double bass, drums) and electronic textures, the music of this project has an almost cinematic dimension. The addition of Los Angeles rapper Charles X brings an even more rap and hip hop color to the project, which promises to be very exciting! 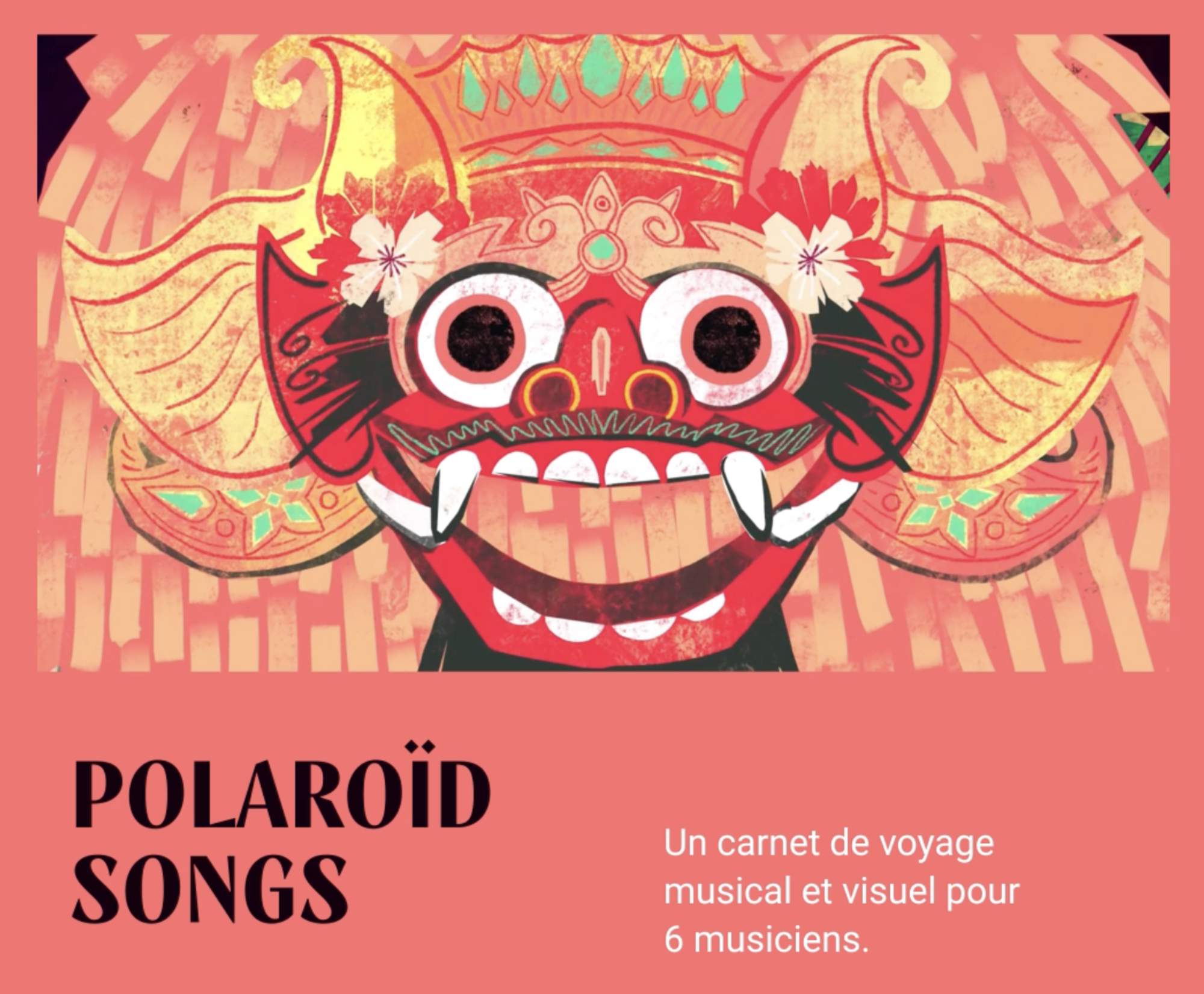 The POLAROÏD SONGS concept is a musical world tour featuring live scenes from numerous tours by two composers Bertrand Beruard and Cédric Hanriot.The project aims to propose the personal vision of an ideal world, through values such as parity, the use of digital tools at the service of the human, the richness of the diversity of influences.

Polaroïd Songs offers a vision of the world recomposed through the prism of the subjectivity of the two composers. This appropriation is done in the manner of Béla Bartók’s imaginary folklore, that is to say by the assimilation of local folk material (melodies, rhythm, textures) but also local languages, dialects and moods, in order to create an original music and not a “pastiche” of local music.

“Break walls!” Is ultimately the main message. To demolish prejudices, which the fear linked to ignorance / ignorance finally gives birth to … this fear that prevents us from “daring”. 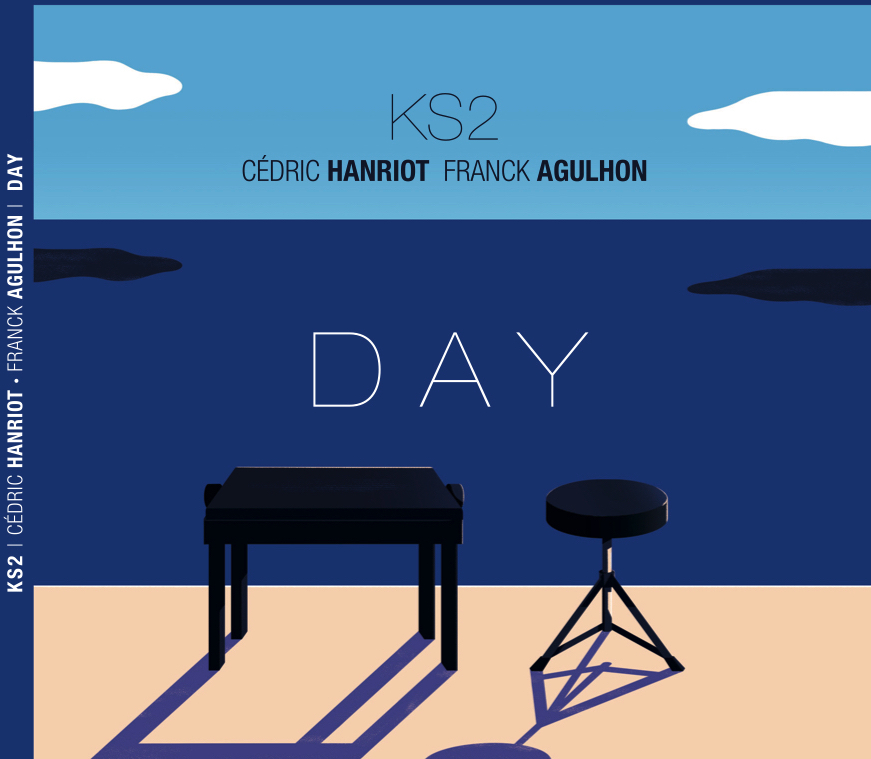 “We have well understood: beyond the accomplished performance of two longterm musical friends, the duo is above all, an invitation to travel, an urgent journey of discovery!”
Denis Desassis, Citizen Jazz

A time, a moment, a piece

Since their first collaboration on the album frogNstein in 2006, pianist Cédric Hanriot and drummer Franck Agulhon always imagined putting together a project in which they could explore new musical territories in tandem. This has now been made a reality, as they recently recorded their first duo album together in January 2016. DAY musically traces a journey through a typical working day. From each phase to the next, morning alarm to bedtime, traffic jam during the lunch break, each piece depicts an everyday moment. 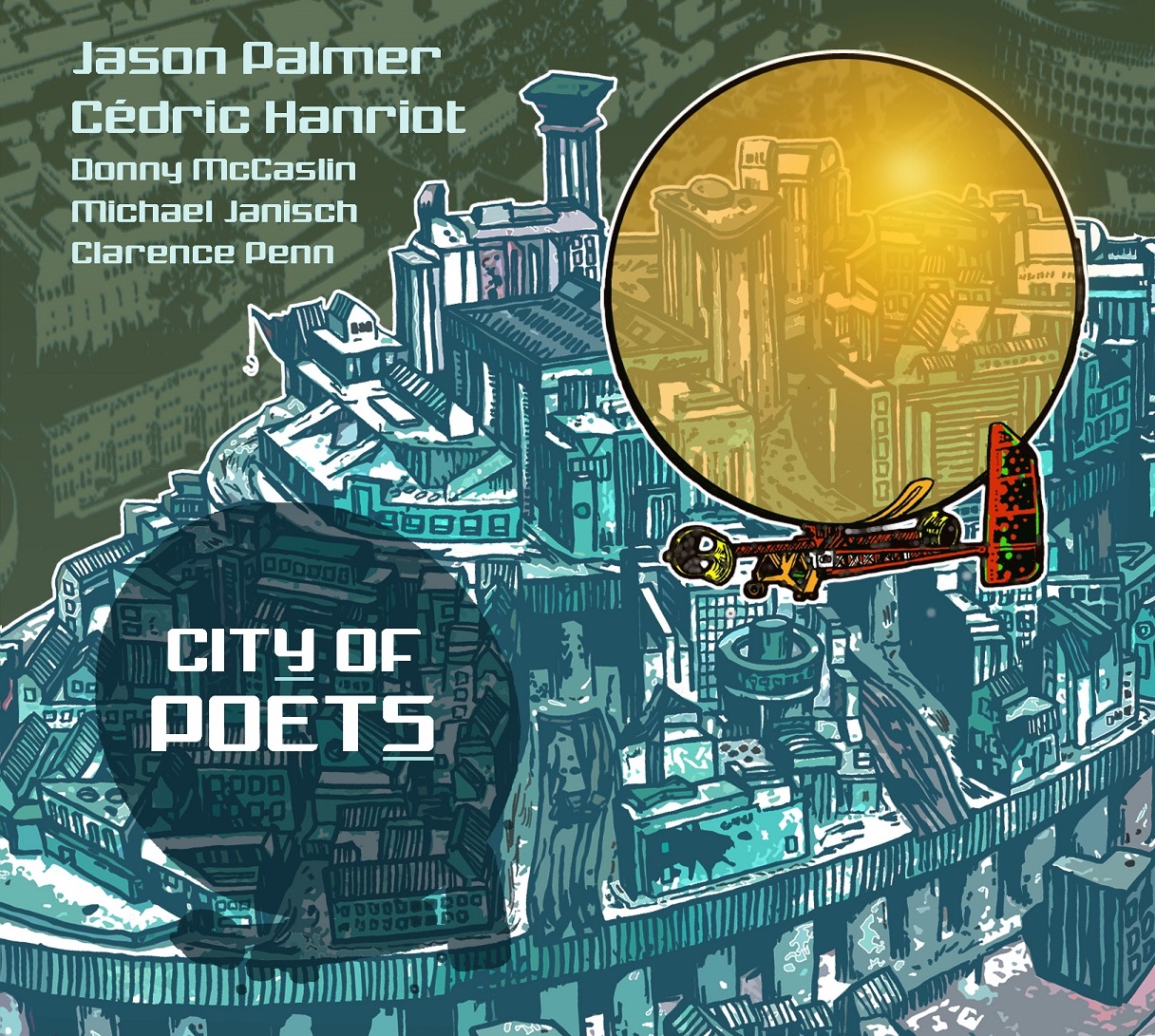 “This is music with its roots in the Miles Davis Quintet of 1963-68, a combination of intellectual rigour, technical brilliance and graceful lyricisism.”

“Cédric Hanriot has created an “improvisational concept” that takes mainstream jazz styles for quintet and links them to literary and artistic archetype. ”

“Hanriot, a swinging stylist who can keep several ideas afloat at once, make notable contributions as well, moving the hardbop ethos into present times.”

It all begins around a science fiction story by Dan Simmons

Jason Palmer and Cédric Hanriot met during their studies at Berklee College of Music, Boston, USA. They are both fascinated by science fiction. 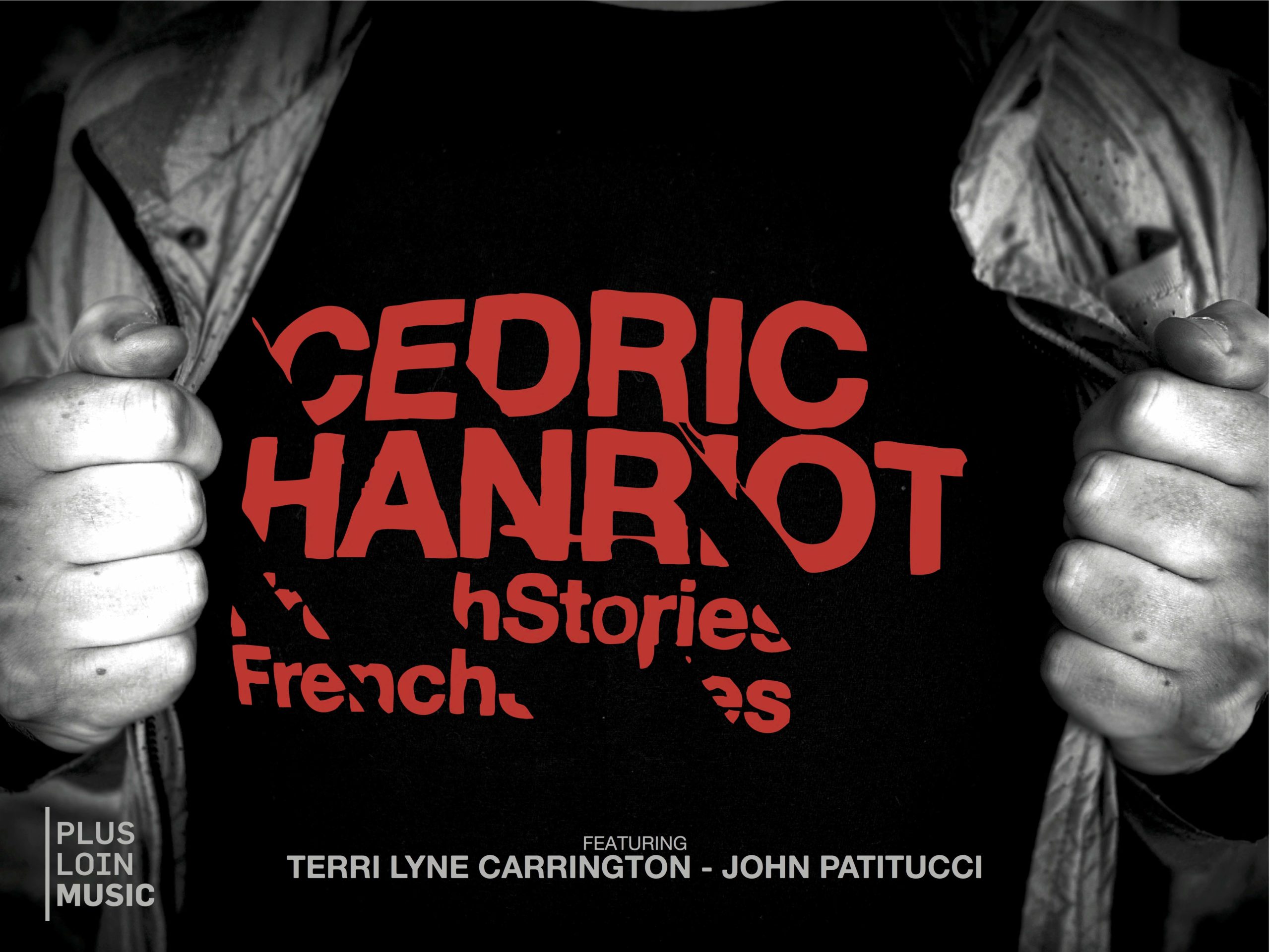 “Cédric Hanriot, an assiduous creater, dares the invigorating alchemy of composite and resoloute contemporary jazz. A music of scintillating colours, illuminated by the sounds of strings and electronica, that never defy a clear, determined passion for France’s popular melodies.”

The jazz trio that interprets the French song book.

Recorded just after his first experience in the USA during which he studied at the Berklee College of Music in Boston, the first album by pianist Cédric Hanriot revisits a number of popular French songs (Brel, Piaf, Delpech, Nougaro) and rebuilt them in the jazz piano trio context whilst preserving the essence of each song. The line-up is prestigious: John Patitucci on bass and Terri Lyne Carrington on drums. They anchor the rhythmic base of a project embellished also with a string quartet, vocals on several songs and electronic sounds and fxs. Cedric without hesitation, seized this opportunity to also co-write a song with the drummer Terri Lyne Carrington, with whom he has collaborated for quite a few years. Carrington, in turn, used this occassion to also sing the composition. Their hip-hop jazz piece “Your Sweetness” is a tribute to some of Gainsbourg melodies, whilst also illustrating their love of Afro-American music. It is quickly understood, in listening, that the stories told here enthusiastically by Cedric Hanriot illustrate the musical adventure of a multifaceted artist – pianist, composer, arranger, sound designer, producer. We will surely be hearing more about him soon. 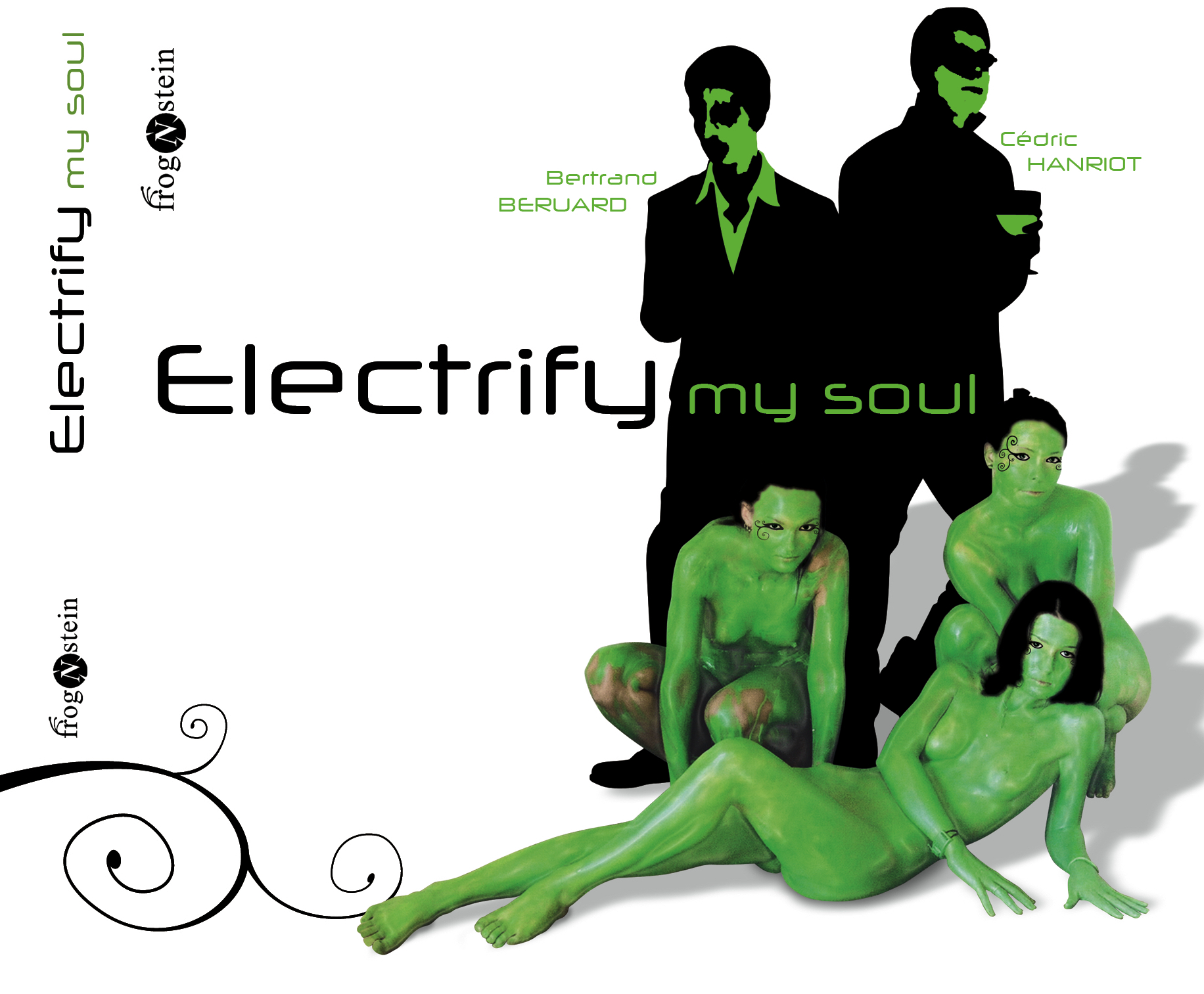 The album Electrify my Soul is the first realization of the frogNstein project carried out by Cedric Hanriot (piano, keyboards, programming, compositions, arrangements) and Bertrand Beruard (electric bass, double bass, programming, compositions, arrangements), eager to propose a modern music close to their influences: electro-groove-jazz. The album proposes a journey through many rich and varied environments, where those two composers/arrangers did not set themselves any limits to the instrumentation but also to the music styles. 22 speakers bring their touch to this semi-biological, semi-cybernetic creature called frogNstein – we can hear on this album horns and strings, voices of three continents, two drummers as well as programming. Among them some famous guests appear: drummer Franck Agulhon, American singer Dean Bowman (John Scofield), trumpet player Guillaume Poncelet (No Jazz), singer/poet Chinese Coco Zhao… This opus electrifies the eardrums as well as the entire body… 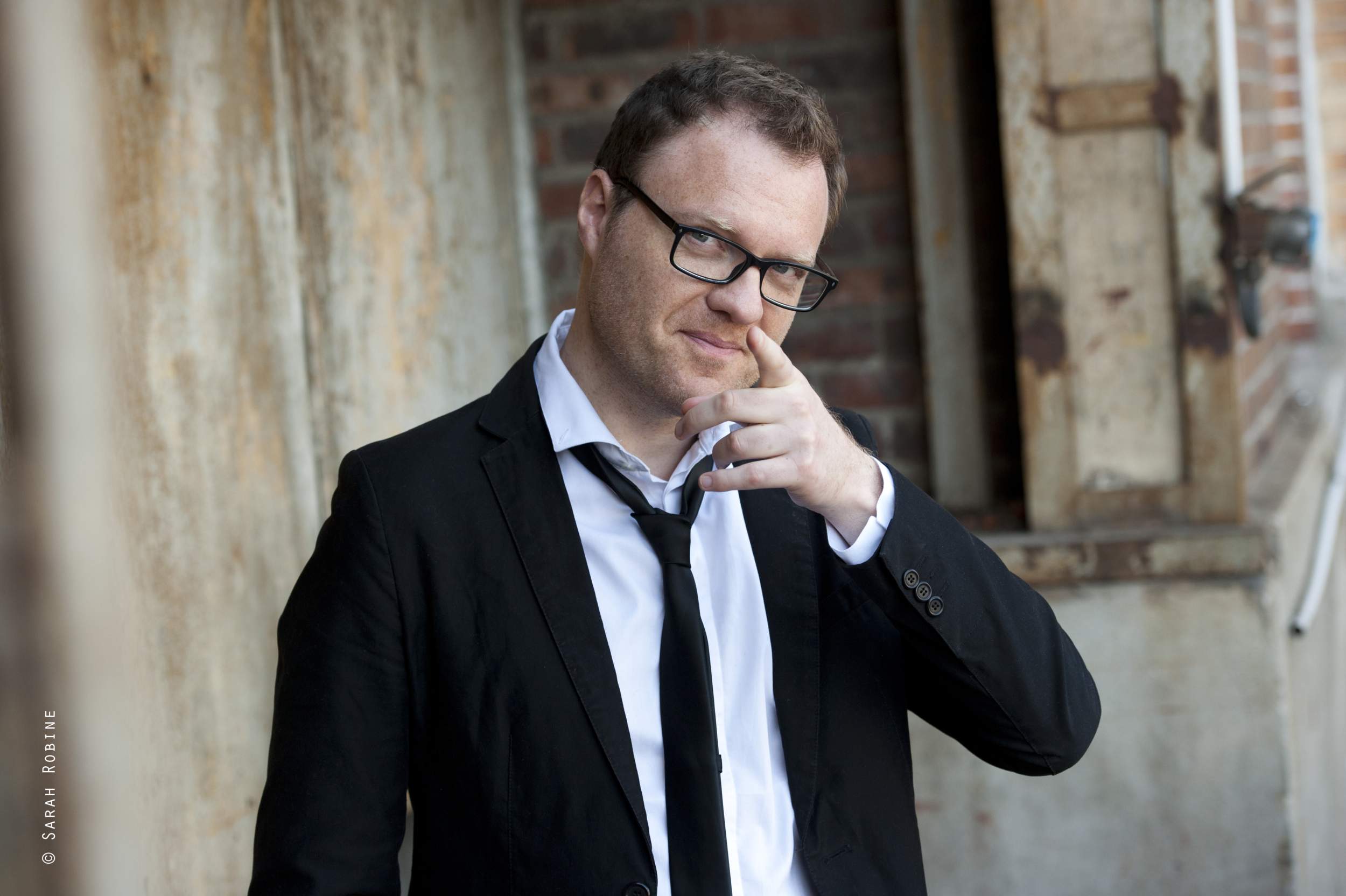 Besides his adventures in duo, trio and symphonic contexts (French Stories, KS2, Time is Color, Polaroid Songs) and many collaborations with some of the biggest names in jazz, Cedric Hanriot proposes a solo piano program playing singular and brilliant interpretations of jazz standards, French “chansons”, pop hits and original compositions. 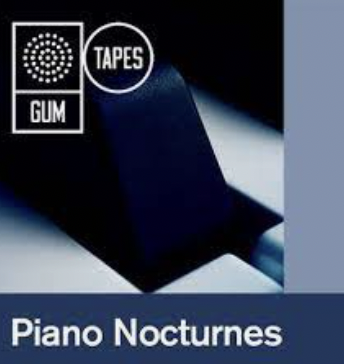 A collection of original solo piano pieces in the vein of XXth century French composers such as Erik Satie, Claude Debussy. Suited for movies/documentaries/tv. 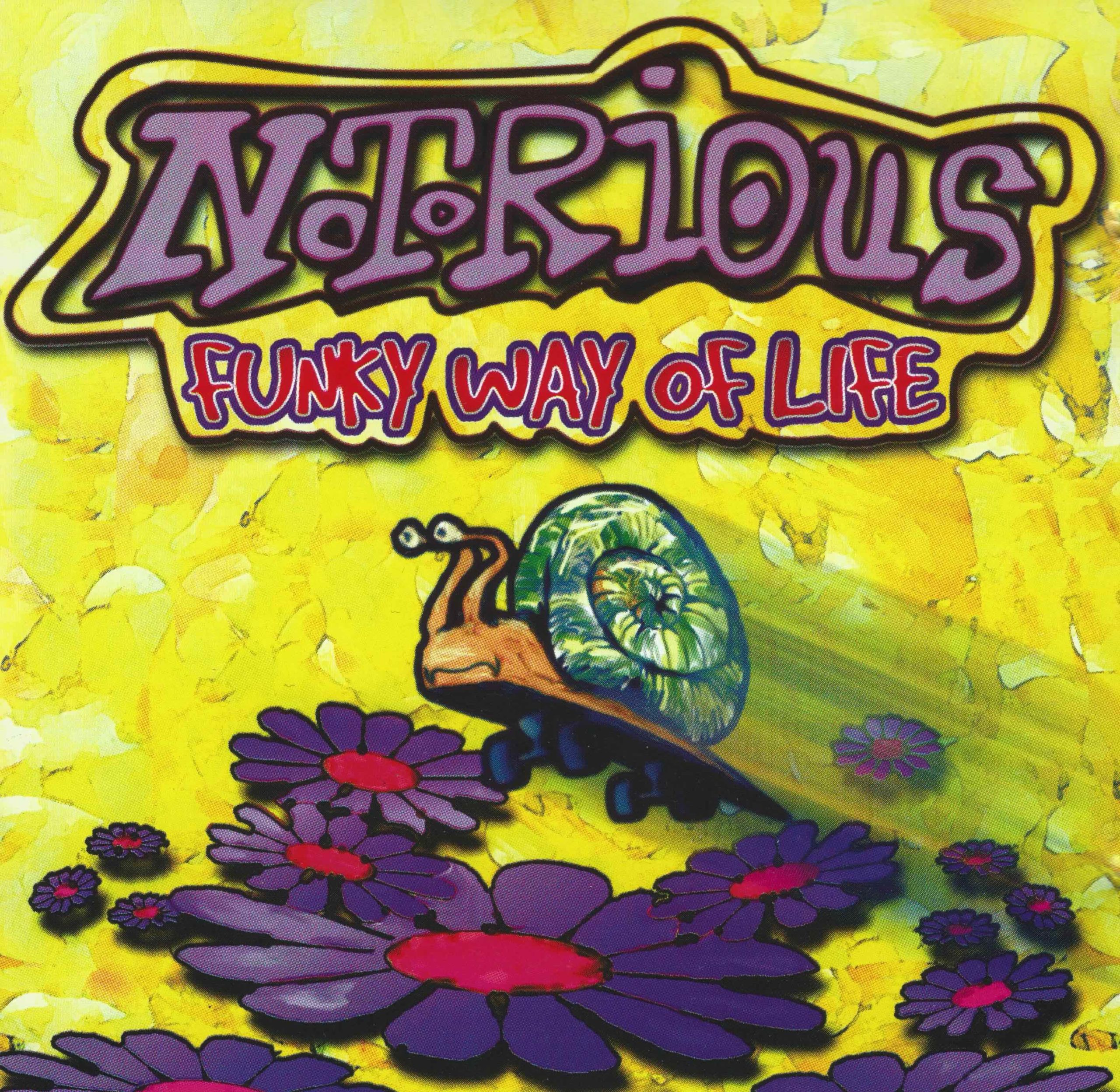 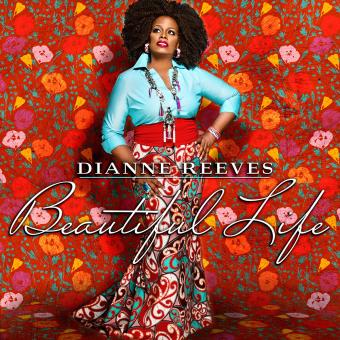 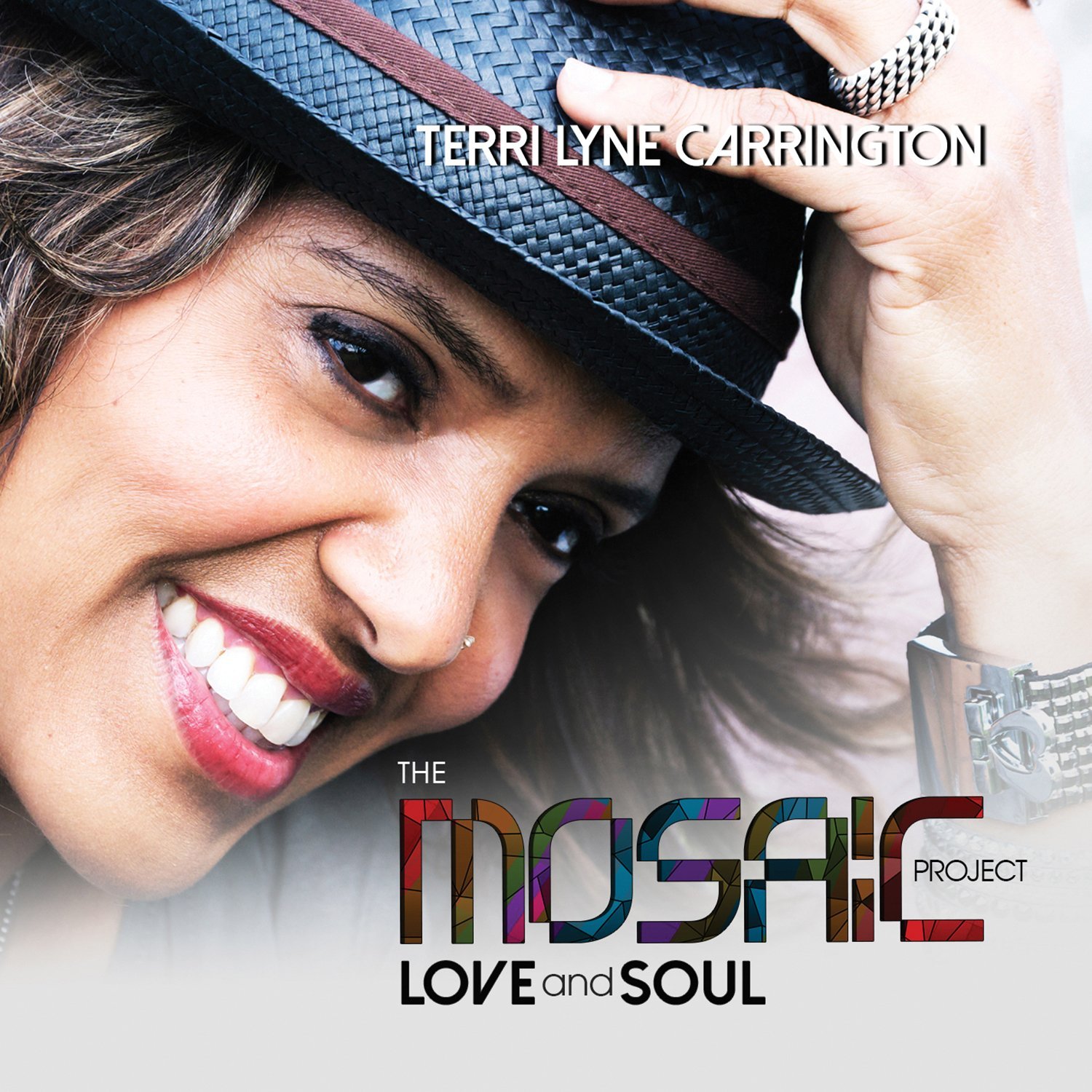 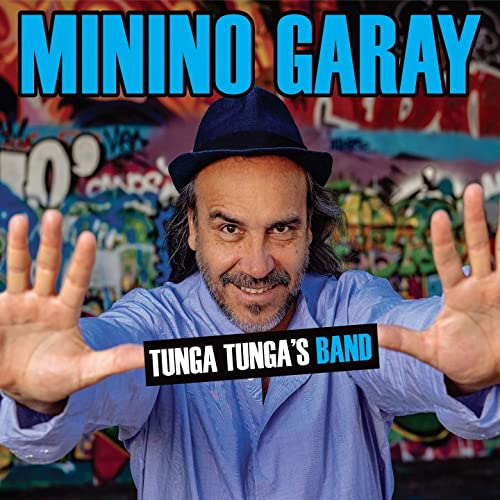 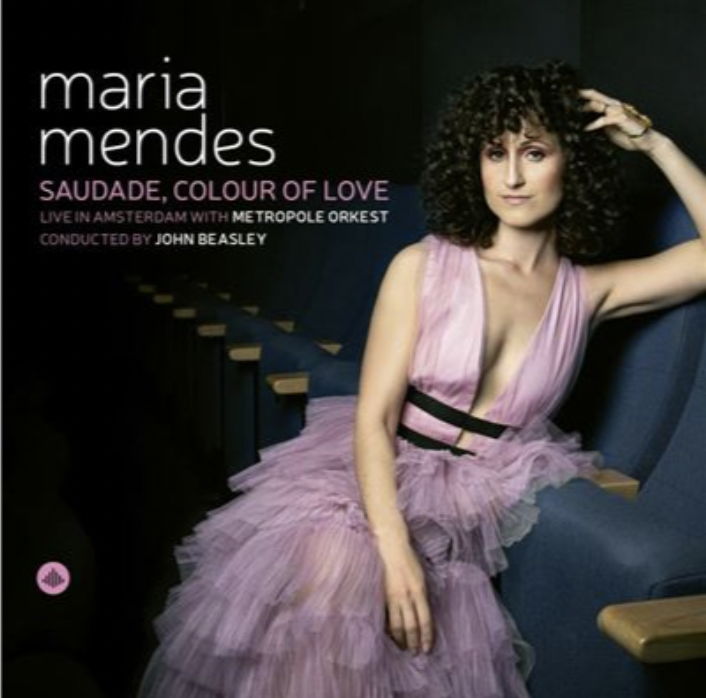 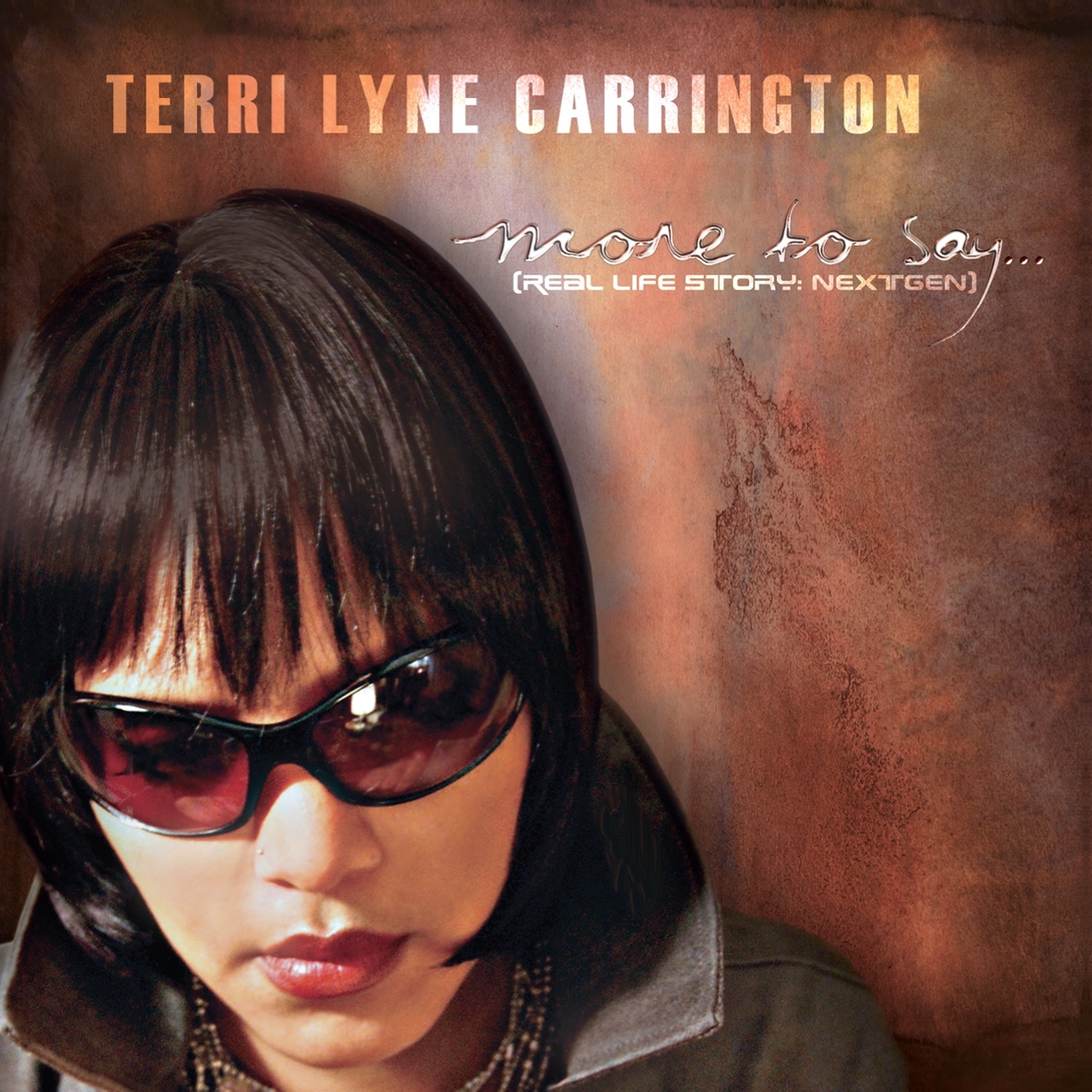 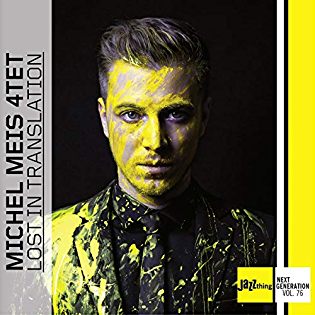 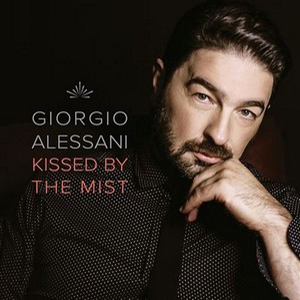 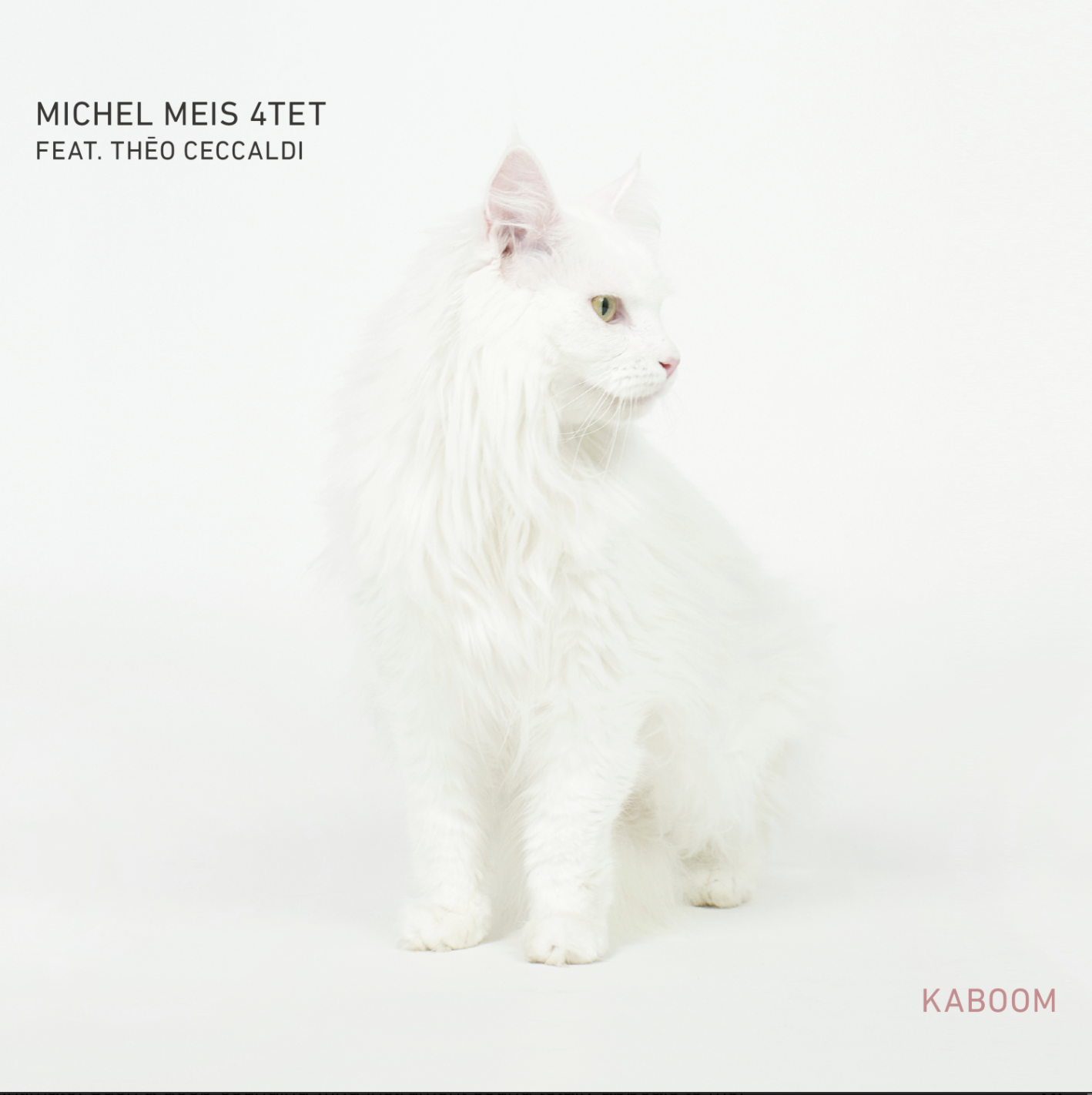 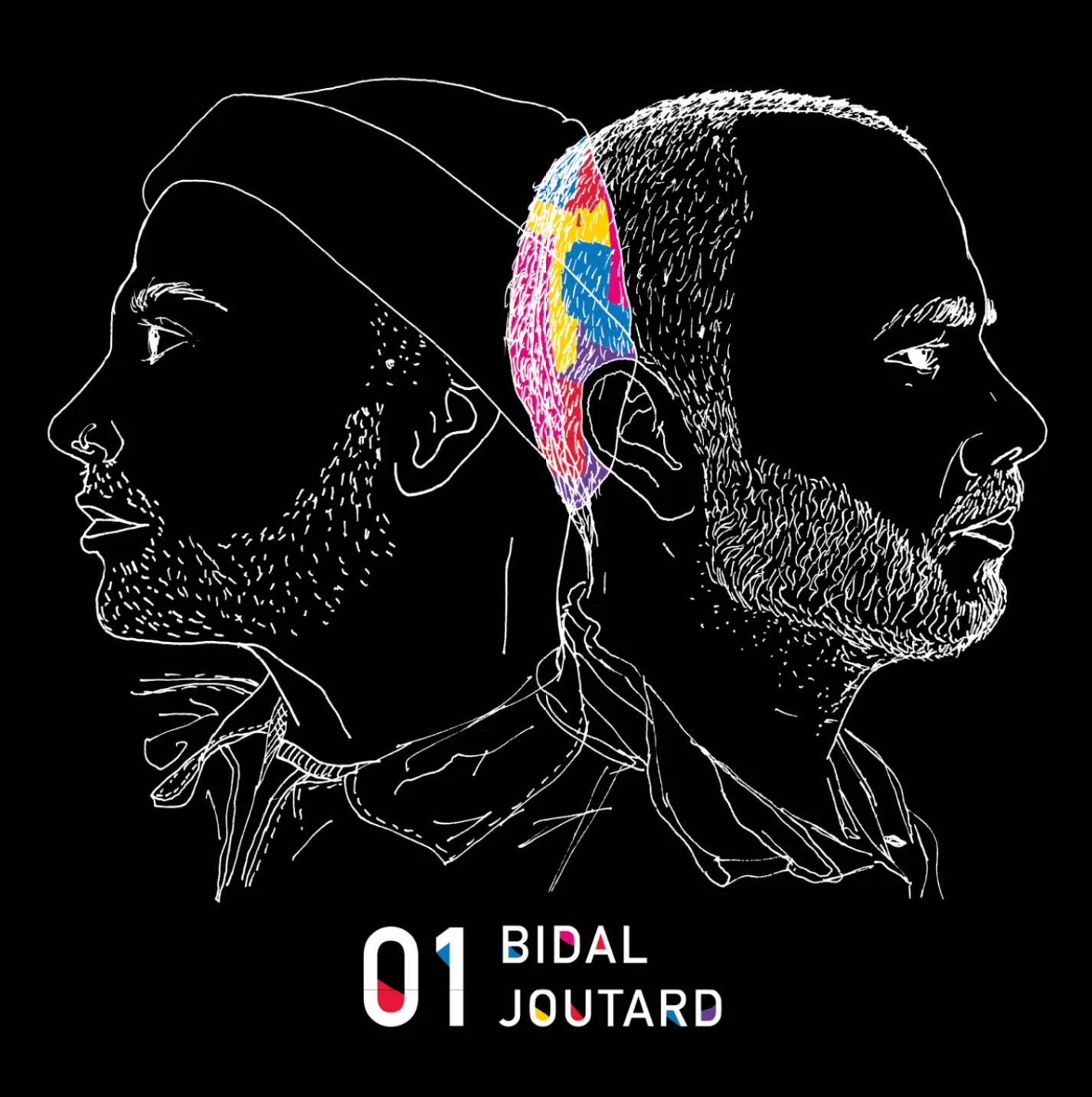 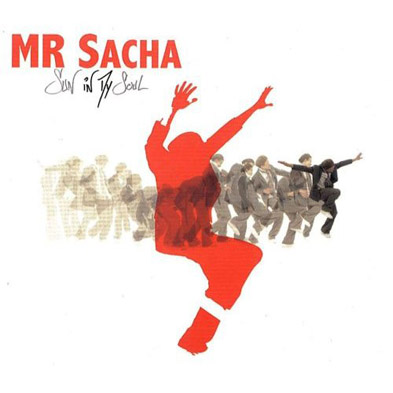 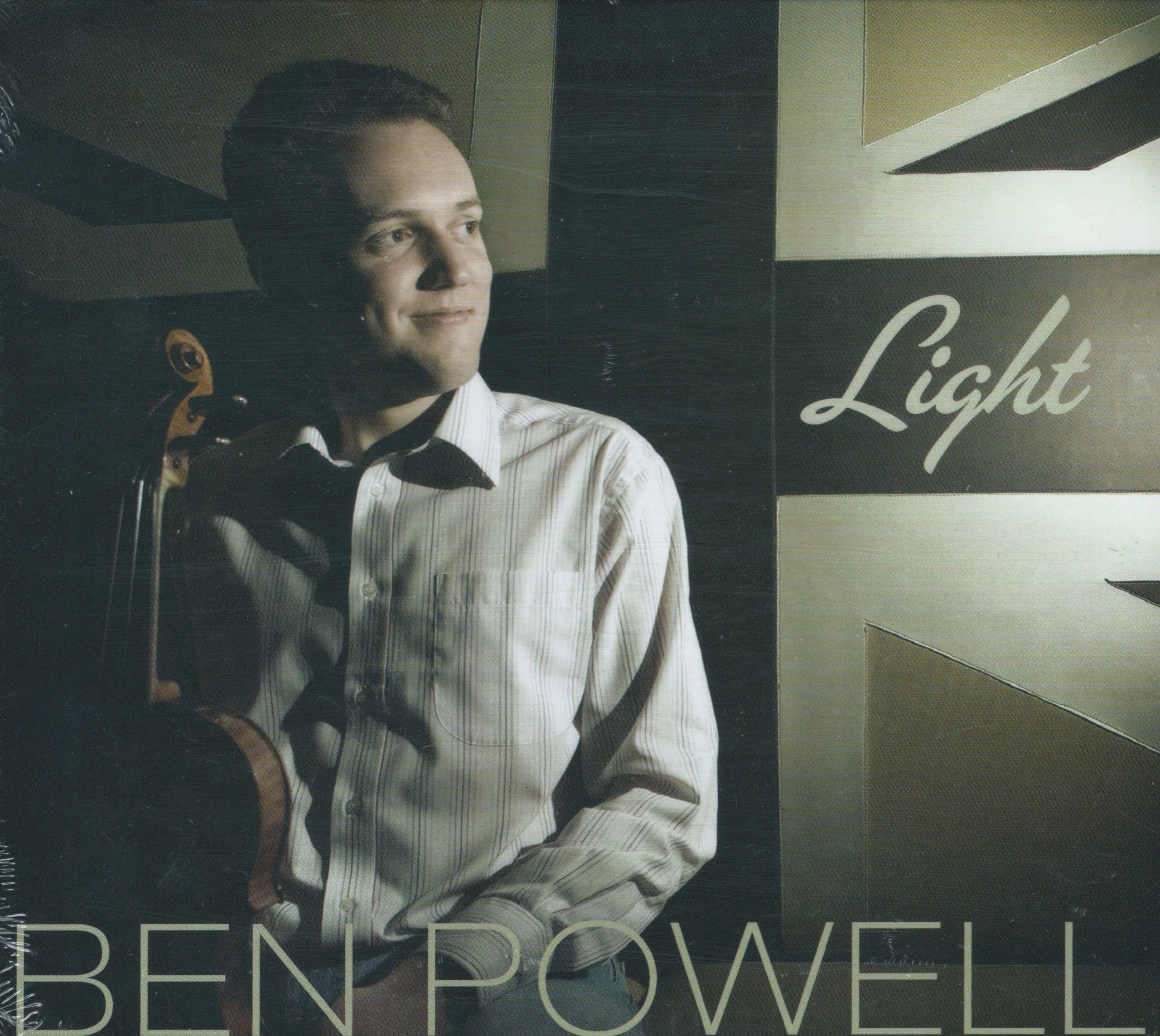 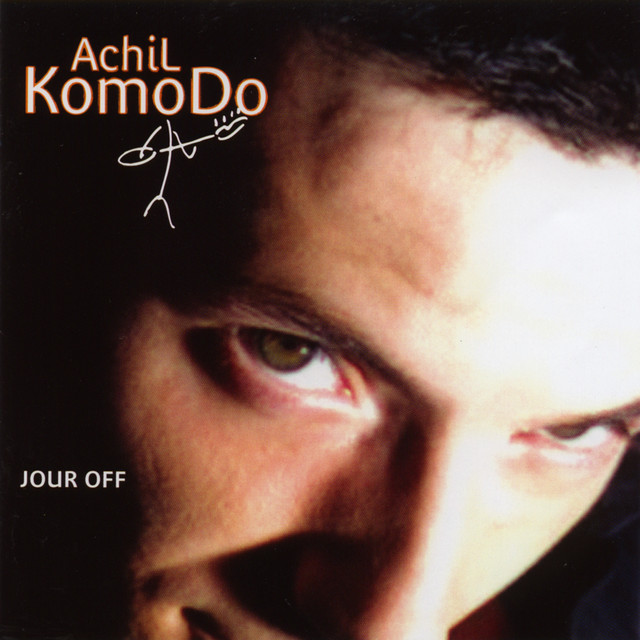 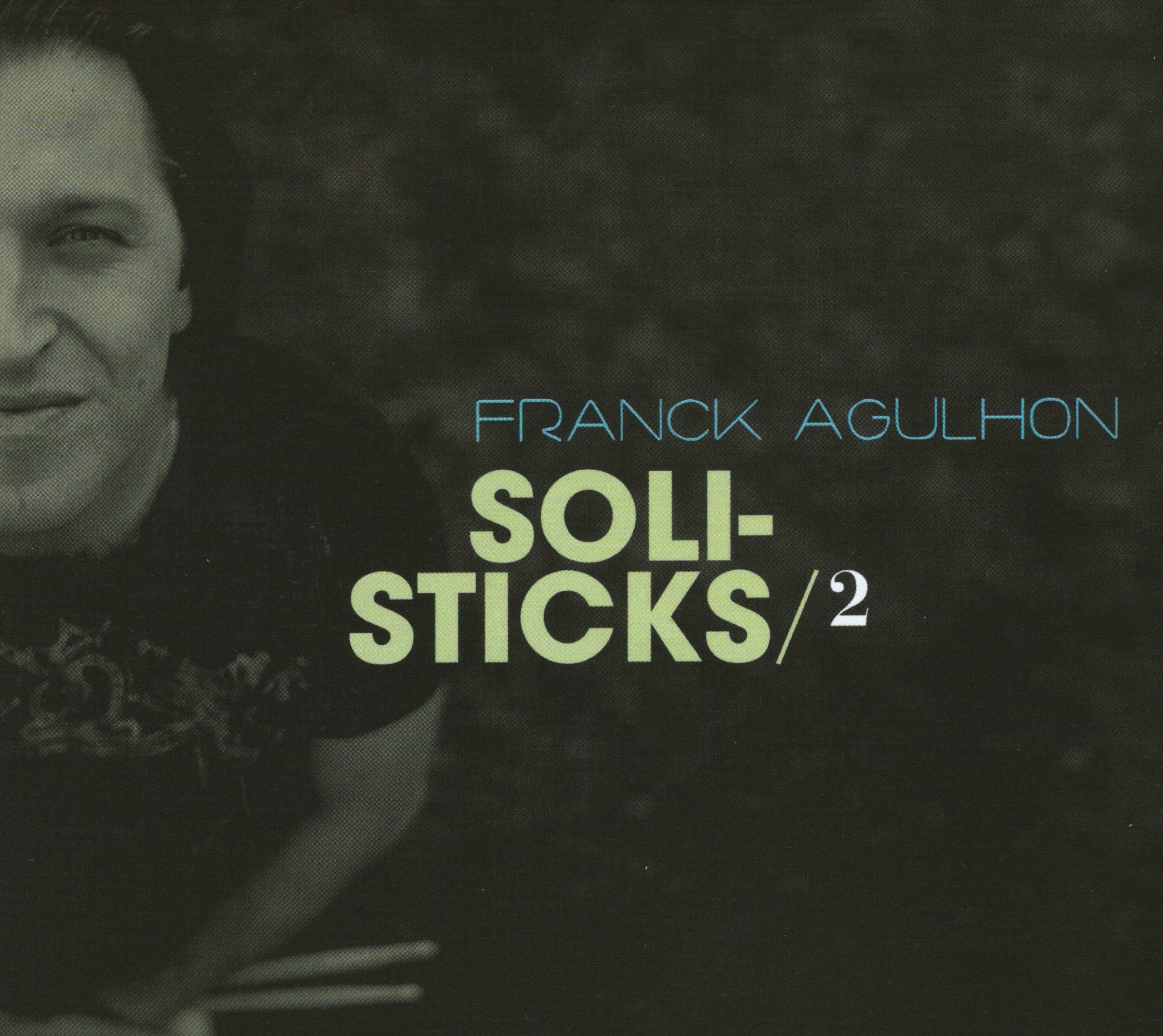 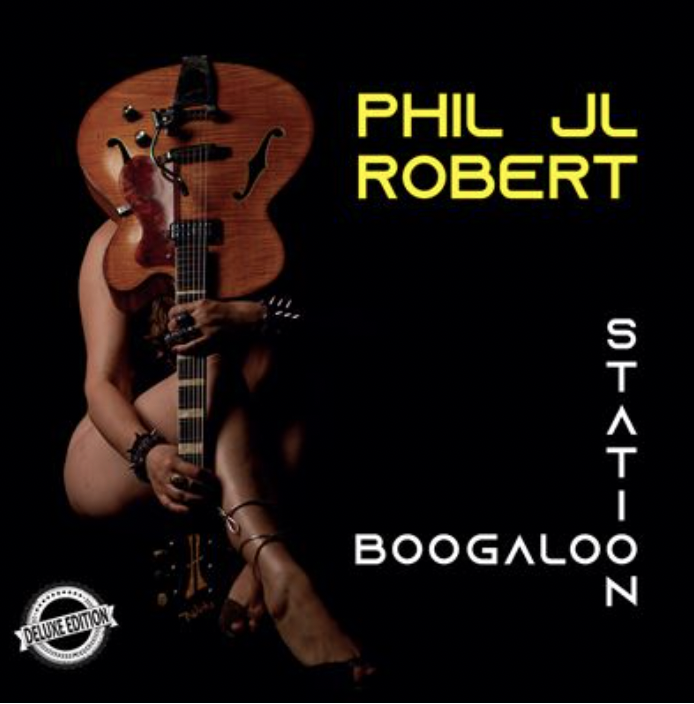